Kemi-Tornio did 18 fields for the Blue Cities 2.0, but all didn’t make to first CP because I was stopped by Swedish police before start and was a little late. Nothing serious, they just wanted to know why I was running in the dark with rainboots. And they didn’t like that I was trying to leave the whole time. Some fields were discarded because of it, and about 5 fields were up after the checkpoint.

5 days later, 9 fields still standing. Action took about one hour and border of Finland & Sweden were crossed 6 times. Cleaning and block links were done earlier in the week, zero ENL action in the night. Fields were about 10-12kMU and little over 200kMU in total. Every portal needed >180km range, so got some help from a new local agent (L6) earlier in the week. 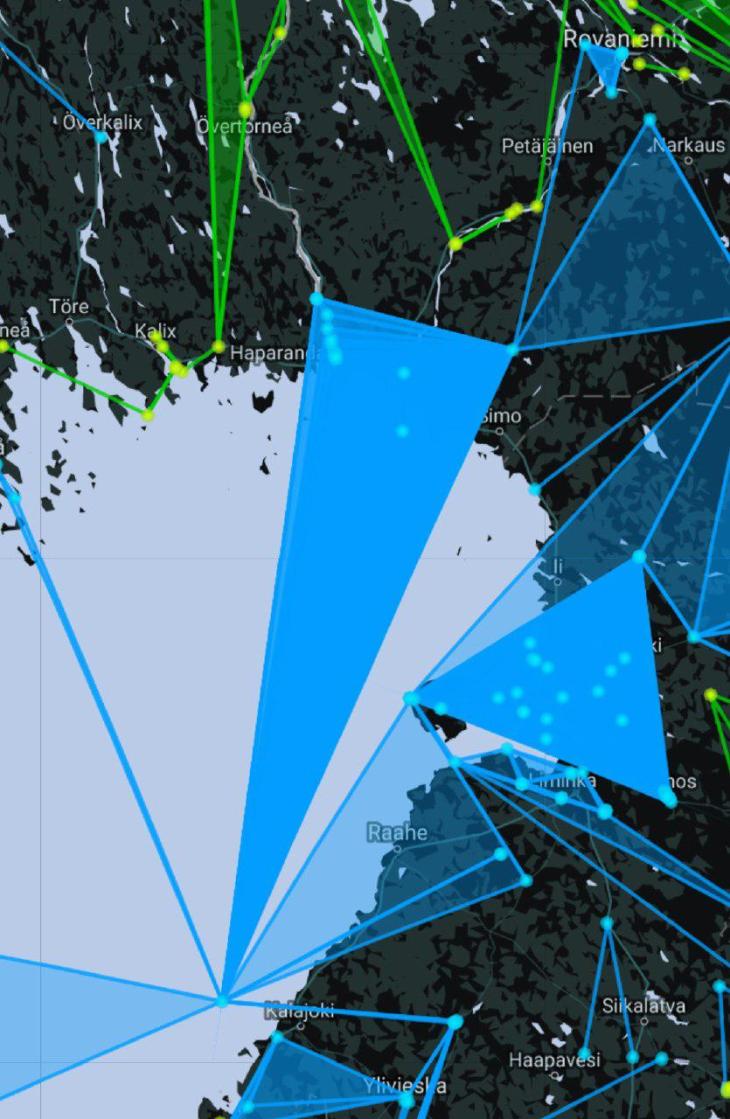